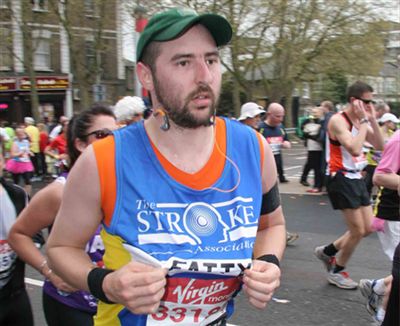 Asteral’s Ashley Gander out-performed Richard Branson, Natalie Imbruglia, Princess Beatrice and Lorraine Kelly to finish the Virgin London Marathon in 4hrs 54min, raising over £2,800 for The Stroke Association  Ashley’s colleagues donated almost one third of the sum raised, which was then matched by Asteral.

Said Ashley: “When I hit the wall at 20 miles it was the thought of the support I’ve received from colleagues at Asteral that got me through.  I hope this will go someway to make a difference to the 150,000 people who have a stroke every year and those living with a long-term disability as a result.”

See this report on the back page of the June 2010 issue of RAD Magazine.