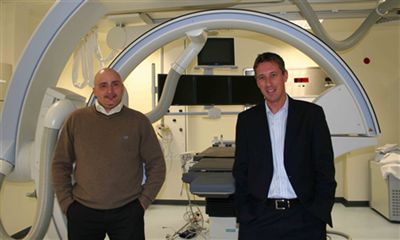 Asteral’s managing director David Rolfe (right) with co-founder Stephen Hodgson.  Asteral has been named by The Sunday Times in their prestigious Fast Track 100 league table as one of the fastest-growing companies in the UK.

The company claims to be the only major independent managed equipments provider not tied to any individual equipment manufacturer. Itachieved year-on-year sales growth of 98.43% between 2004/2005 and 2007/2008.

The Fast Track 100 places Asteral as the 29th fastest-growing company in the UK, leading the way for the healthcare sector.

A full report will be published on page 16 of the January issue of RAD Magazine.