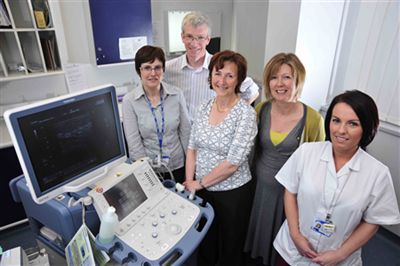 The centre began its life as a nursing college when The Royal Liverpool was built in 1971, but became under-utilised when nurse training was transferred.  The Forget-Me-Not Cancer Appeal was launched to raise the £4 million needed to turn the disused building into a patient-friendly centre.

The systems are equipped with ElastoQ, MicroPure and a high frequency linear transducer, with a maximum frequency of 18MHz.  ElastoQ quantitative relaxation elastography assists in quantifying palpation of breast masses by providing a robust numerical indicator for malignancy and MicroPure can help identify microcalcifications in breast tumours.

See the full report on page 38 of the November 2009 issue of RAD Magazine.