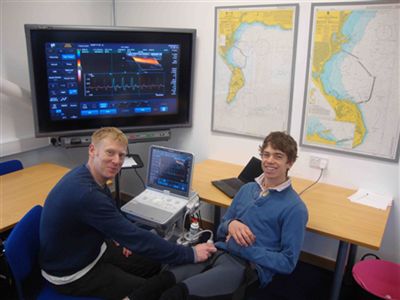 Dr Byrd is researching the effect on blood flow within the femoral artery of hiking pads’ used to pad the back of the thigh.  Dinghy sailors need to balance the forces generated by sails and underwater foils (heeling forces) usually, but not exclusively, by leaning out of the boat (hiking out).

Participants in the project, all sailors within the Royal Yachting Association’s Olympic system, hiked with and without the stiffened battens in the wetsuits and measurements of SFA vascularity were obtained through small scanning windows cut through the suits.

See the full report on page 12 of the October 2011 issue of RAD Magazine.