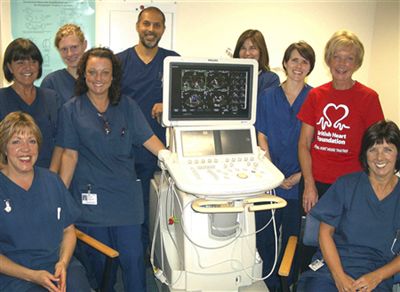 Funds raised by the British Heart Foundation and staff from Royal Preston Hospital’s clinical investigations unit have enabled the purchase of a Philips iE33 xMatrix with 3D TOE.

The system has been installed in the cardio respiratory department and will allow the team to expand its stress echo service in line with current NICE guidelines.

Team manager senior chief cardiac physiologist Shahid Tagari said: “We have always had Philips echocardiography systems and so the Philips systems were strong contenders for the contract.  In fact, it is the only company offering 3D TOE as well as transthoracic ultrasound.

“The British Heart Foundation wants to expand 3D imaging and that is why it funded the project.”

See the full report on page 36 of the March 2012 issue of RAD Magazine.