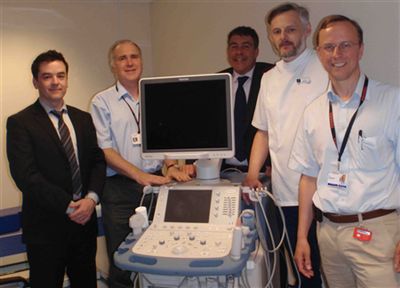 Radiology manager Ian Dodimead and consultant radiologist Dr Simon Thorogood are appreciating the improvement in image quality and a responsive backup-service from Toshiba.

See the full report on page 32 of the September 2011 issue of RAD Magazine.