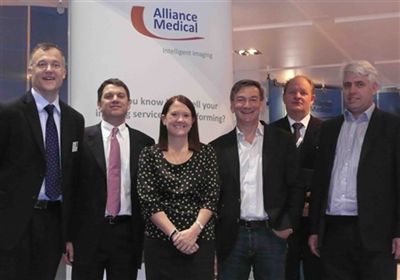 Alliance Medical’s intentions to launch its new strategy at RSNA went ahead as planned.  It was the first time that the group had exhibited there and the company reports that it was a very successful debut, with excellent feedback from the assembled expert radiology community.

“Feedback from delegates was very positive and the team gave hundreds of demonstrations to radiologists, key stakeholders and industry professionals,” says the company.

See the full report on page 3 of the January 2012 issue of RAD Magazine.