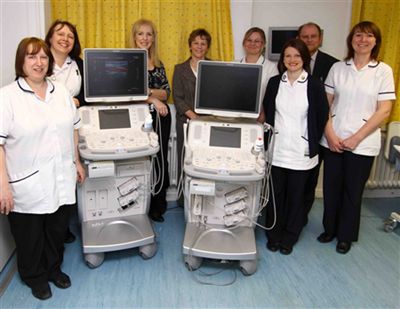 Three machines will be used for general radiology, plus a dedicated breast scanner and vascular system.  One of the radiology systems comes equipped with Toshiba’s contrast imaging package, to enable Kettering to carry out contrast studies of the liver.

Superintendent sonographer Teresa Lardner said: “The Toshiba equipment ticked all the boxes for us.  We find it a particularly user-friendly system and like the ergonomic design.  It also comes with a wide variety of probes for all applications.”

See the full report on page 20 of the September 2011 issue of RAD Magazine.