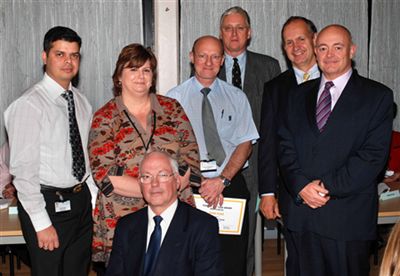 Toshiba Medical Systems managed equipment services’ team at Queen Elizabeth Hospital in Greenwich received a Non-Clinical Team of the Year Award from the hospital for the special contribution made to the work of the trust during 2008.

It is the first time that the hospital has made this award to a team outside the trust and is recognition of the outstanding service provided. The Toshiba team worked very closely with hospital clinical staff in 2008 to keep more than 7,000 items of clinical equipment and IT systems running.