HENRE excels at ECR 2009 in Vienna 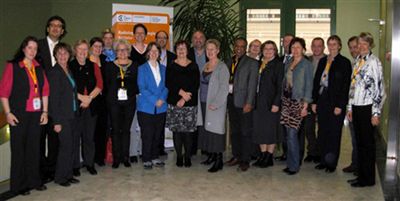 Delegates at the HENRE meeting in March, hosted by FH Campus Wien.

The European Congress of Radiology, held in Vienna in March (RAD Magazine, April), was the venue for a large number of invited and proffered papers presented by partner members of the  Higher Education Network for Radiography in Europe.