Homerton upgrades for the Olympics 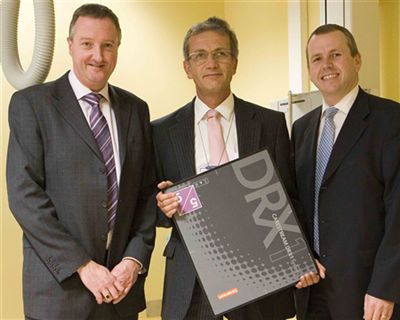 Homerton University Hospital, in the east London Borough of Hackney, is a foundation hospital located just two miles from the site of the 2012 London Olympics and has been named as the designated hospital for the Games.

The radiology department at Homerton has now installed three Carestream DRX-1 systems, together with two additional Carestream DRX-1 wireless, cassette-sized detectors, making the hospital the first in the UK to install the systems in three general x-ray rooms, with multiple DR plates in two rooms.

The upgrade from CR to DR technology means that all general x-ray rooms at Homerton will benefit from the speed of DR technology. For additional flexibility, detectors can be disassociated from a designated room and moved to another, ensuring that peak work-loads are catered for.

Head of imaging services Colin West is in charge of strategic, financial and operational management of the department and was responsible for bringing the Carestream DRX-1 systems to Homerton.

See the full report on page 10 in the February 2010 issue of RAD Magazine.