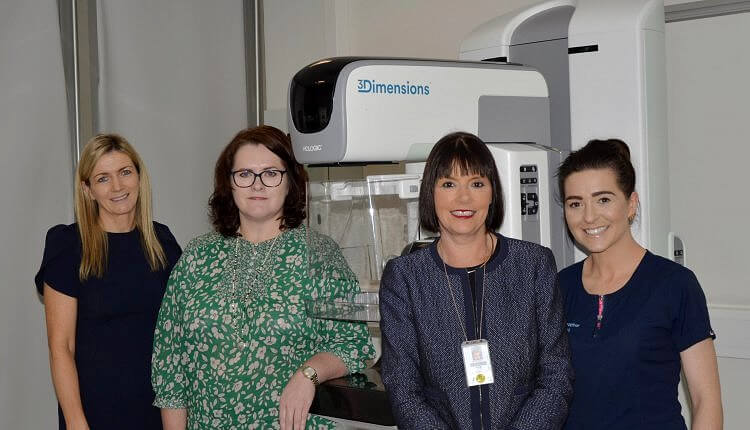 Hospital Services Limited (HSL) is now carrying out installations of digital breast tomography and tomo biopsy units for the Health Service Executive’s Symptomatic Breast Service. Several mammography systems are up and running across the country.

Initial installations took place at Letterkenny University Hospital in County Donegal and at St Vincent’s University Hospital, Dublin, where clinical lead Sharon Simpson was keen to have the Hologic 3Dimensions mammography and biopsy systems working. “3D tomo biopsy will reduce the overall examination time in an examination considered stressful for patients,” she said. “In conjunction with the Brevera biopsy console, the accuracy of biopsy will increase along with the potential to reduce the number of breast tissue samples required with real-time imaging.”

Led by St Vincent’s University Hospital, the Health Service Executive tender called for a tomosynthesis-enabled mammography system to include tomosynthesis-guided biopsy and a radiology reporting platform.

The installation schedule then switched to Beaumont Hospital and Mater Misericordiae University Hospital in Dublin where two systems were installed. Additional sites are expected for 2020 as hospital business plans are realised across Ireland.

“Each hospital has its own site specification but, in essence, all the sites will have the Hologic 3Dimensions mammography unit, the Affirm tomosynthesis breast biopsy guidance system and SVDX radiology reporting workstation,” said HSL chief executive Dominic Walsh. “Many sites plan to have the Hologic Brevera biopsy console, offering users real-time visualisation of core samples during an x-ray-guided biopsy procedure. CAD and QUANTRA software may be installed at some sites.”

Published on page 20 of the December 2019 issue of RAD Magazine.