Miles and friends grow a ‘mo’ 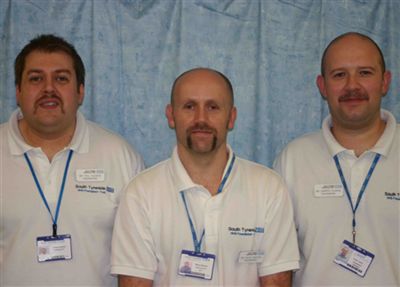 This November a few “Mo Bros” from the radiology department at South Tyneside NHS Foundation Trust took part in the ever more infamous Movember season.  This meant that I and some of my colleagues grew moustaches in the hope of collecting sponsorship money and raising awareness for men’s health, specifically prostate cancer and other cancers affecting men.

Charities supported include The Prostate Cancer Charity, Institute of Cancer Research and the Movember Foundation

Mo Bros effectively became walking-talking billboards for the month and raised awareness by prompting private and public conversation around the often ignored issues of men’s health.  The Mo-ology department committee were Philip Hudson, Miles Weston and Gareth Clarke.  Donations may be made at http://mobro.co/MohologyDept

See this report on page 8 of the December 2011 issue of RAD Magazine.