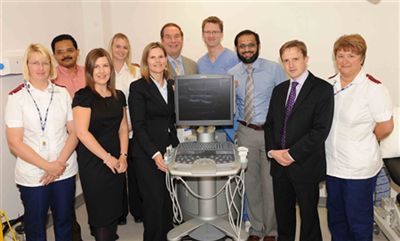 A third S2000 has been ordered to join an Acuson X300 in the antenatal department for obstetric and gynaecological work.  The system features the spatio-temporal imaging correlation (STIC) package to improve fetal heart imaging.

See the full report on page 3 of the February 2010 issue of RAD Magazine.