Next generation S2000 for Manchester 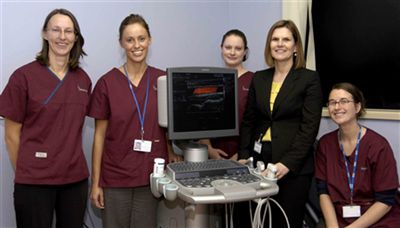 It replaces a Sonoline Antares ultrasound system and is being used for a variety of procedures, including carotid artery ultrasound, venous ultrasound for deep vein thrombosis and varicose veins, aortic aneurysms and peripheral arterial ultrasound.  It is also used in renal pre- and post-operative procedures, such as upper limb vein mapping and arterio-venous fistulae.

See the full report on page 33 of the January 2011 issue of RAD Magazine.