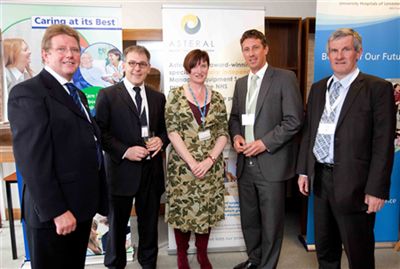 For the second year running, Asteral’s approach to vendor independent Managed Equipment Services has been recognised by the HealthInvestor awards, held at the Hilton Park Lane in London.

A 12-strong judging panel of independent healthcare industry experts praised the MES, saying: “The pioneering partnership between Asteral and the University Hospitals of Leicester NHS Trust has helped the trust reduce its waiting times to significantly below the government’s 18-week target.”

As well as helping the trust reduce its waiting times, 50 new major items of medical equipment were delivered and clinicians’ time has been freed-up so they can focus on patient care.

See the full report on the front page of the August 2009 issue of RAD Magazine.