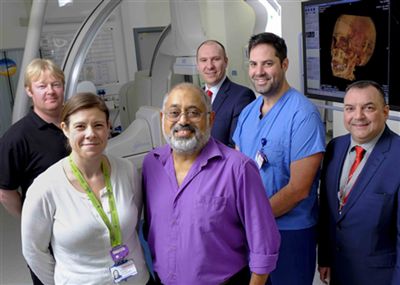 Superintendent radiographer Dee Patel said: “The first thing that impressed us about the Toshiba equipment was the versatility of the multi-axis positioning capability of the C-arm on the Infinix-i system.  We have found lateral and vertical movements of the lateral arm on the biplane system to be extremely useful in neuro applications.  In addition, our neuro-interventionalists were impressed with the tableside controls, which give them access to the whole imaging system without leaving the patient.”

See the full report on page 20 of the October 2016 issue of RAD Magazine.