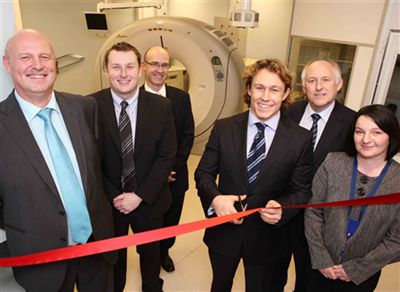 Jonny underwent career-saving surgery at the hospital in 2004 and was scanned several times on the previous system.

The replacement system, a Toshiba Aquilion 64 CT scanner, is located in the Neurosciences Centre, which is due to move to new treatment facilities currently under construction at the Royal Victoria Infirmary in Newcastle.

See the full report on page 48 of the April 2009 issue of RAD Magazine.