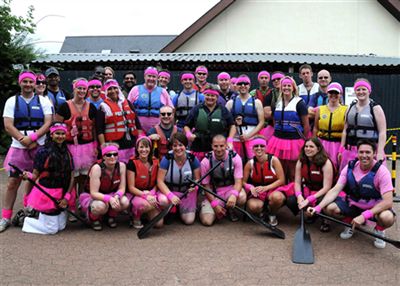 The Milton Keynes Dragon Boat Festival was held in July on Willen Lake, Milton Keynes, where 60 crews battled it out over a 250m race course.

See this report on page 13 of the September 2010 issue of RAD Magazine.