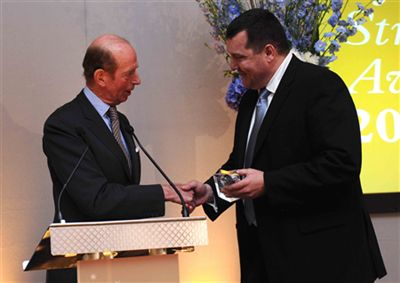 Siemens was selected largely because of its Stroke for Stroke campaign launched in 2007.  This has become an annual initiative to promote the company’s sponsorship of the GB rowing team and raise funds for The Stroke Association.

The campaign is intended to encourage employees and the public to take regular exercise, such as rowing, to improve their health and reduce the risk of stroke.

See the full report on page 29 of the October 2009 issue of RAD Magazine.