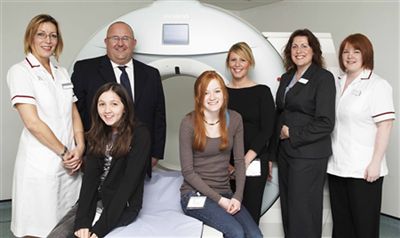 Fifteen-year-old schoolgirl Abi Sowton, whose spinal fusion operation for scoliosis was so successful that she won her school sports day 800m race only four months later, officially opened a £3 million scanning suite at Spire Southampton Hospital. The suite includes both a Somatom Definition AS and a Magnetom Avanto.

Head of clinical services Jane Whitney-Smith explained: “Investment in the new suite supports the high complexity of surgery carried out which differs from many other private hospitals. Consultants are greatly aided by the images from the new diagnostic machines, which are of such incredibly detailed quality.”

See the full report on page 8 of the April 2009 issue of RAD Magazine.