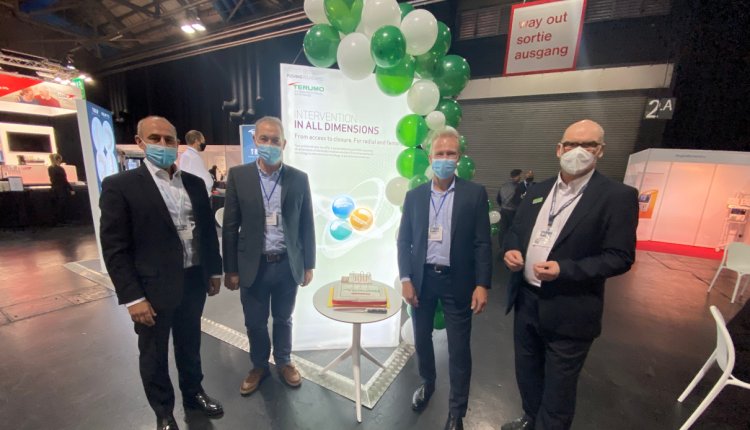 Terumo has once again supported the annual scientific meeting of the British Society of Interventional Radiology (BSIR). The company points out that this year was particularly special because it was the first meeting for two years due to the COVID-19 pandemic.

“It was great to see many familiar and new faces of customers, colleagues and competitors,” Terumo states. “In addition, 2021 marks the 100th anniversary of the founding of Terumo. The Terumo Corporation was founded as Red Line Thermometer Corporation by a group of medical scientists led by Dr Shibasaburo Kitasato, with the intention of manufacturing the most reliable clinical thermometer possible in Japan.”

Published on page 3 of the December 2021 issue of RAD Magazine.