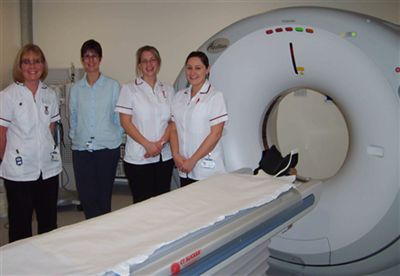 When completed it will become one of the largest hospitals in the East Midlands and will bring together all the specialist services on to a single main site at the current Derby City General Hospital site.

The imaging department will consist of three CT, three MRI and three interventional rooms, as well as plain film, general fluoroscopy and ultrasound.

The two scanners are replacing a 16-slice system and a 4-slice system, with the second system due for installation later this year.

The Aquilion 64 has a sophisticated array of software packages including virtual colonscopy and lung nodule assessment.   Designed for fast and easy workflow, the many advanced features provide a powerful tool for applications requiring precise clinical information.

A full report will be published on page 29 of the February 2009 issue of RAD Magazine.