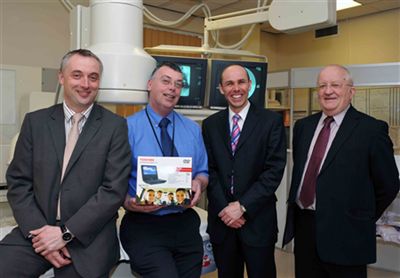 At an annual review meeting with Asteral, the Managed Equipment Services provider, Toshiba Medical Systems was rated as number one service provider in terms of service delivery for the second year running.

It received an uptime performance rating of 99.37 per cent on all the company’s installed base at the University Hospitals of Leicester, which includes Leicester Royal Infirmary, Leicester General Hospital and Glenfield Hospital, over a 12-month period.

It received no negative indices and responded to all incidents within both the response times and repair times set.

See the full report on page 10 of the October 2009 issue of RAD Magazine.