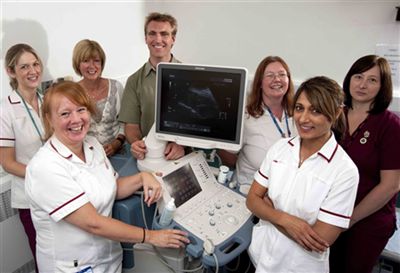 They replace existing scanners and will be used for general radiology including paediatric ultrasound, obstetrics and gynaecology and also musculoskeletal work.

See the full report on page 16 of the February 2011 issue of RAD Magazine.