Up and running again 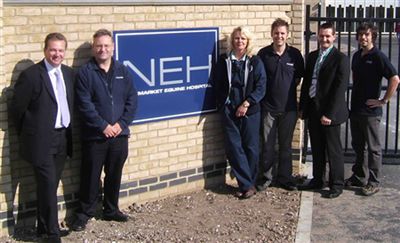 Fujifilm has re-installed the Synapse PACS system at NEH that Greenwood Ellis has been working with for two years, refreshing equipment as necessary.

Jo Weekes, radiographer at NEH commented: “Our priority throughout the move was to have continuity of imaging services during the weekend of the move, which Fujifilm were able to provide. The Fujifilm equipment was installed and ready to use at the new site at 9am on Monday morning, which exceeded our expectations.”

Read the full story on page 44 of the January 2009 issue of RAD Magazine.