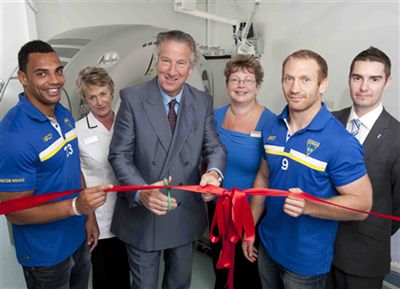 Hospital director Andrew Eadsforth said: “The commissioning and installation of the Toshiba CT scanner has been the most straightforward build project I have ever been involved in.”

The Aquilion 64 replaced a mobile CT scanner and means that the hospital can expand its CT service, and will be able to introduce cardiac work.

See the full report on page 12 in the September 2011 issue of RAD Magazine.