A birthday award for Marion Frank 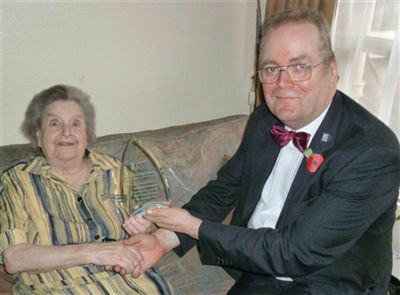 The British Institute of Radiology hosted the joint BIR and Society and College of Radiographers Retired Members’ Day, following the success of the 2009 meeting.

This year’s meeting saw a higher attendance and another varied and interesting programme organised by Professor Adrian Thomas, who spoke about the history of the BIR.

Other presentations looked at historical medical figures such as John Arbuthnot, who was described as “the most universal genius.”

Following the meeting Professor Thomas presented Dr Marion Frank with the ISRRT Dien van Dijk award, celebrating not only the 90th anniversary of the founding of the SCoR but also Dr Frank’s 90th birthday.

This award, dedicated to the memory of Dien van Dijk, was presented to Dr Frank for her exceptional service and commitment to educating radiographers and supporting the development of medical radiation technology worldwide, ideals so powerfully demonstrated by Dien van Dijk.

See this report on page 12 of the February 2011 issue of RAD Magazine.