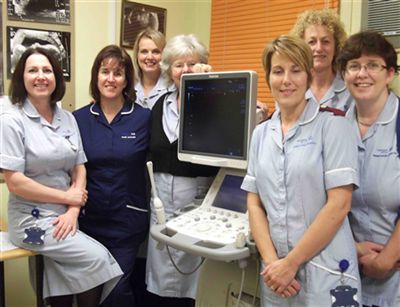 Southmead Hospital, Bristol, has celebrated the arrival of two Toshiba Aplio 400 ultrasound scanners for the obstetric ultrasound department and antenatal clinic.  The systems, launched in the autumn, joined five Toshiba Xario and Xario XG machines already in the department.

Lead sonographer Kath Henson said: “The systems were installed swiftly; Toshiba’s flexible approach enabled the department to continue with its workloads while they worked to install and reconnect all existing equipment.  Technical support from Toshiba has been fantastic, with scheduled training days and impromptu visits just to check that the systems are running smoothly.”