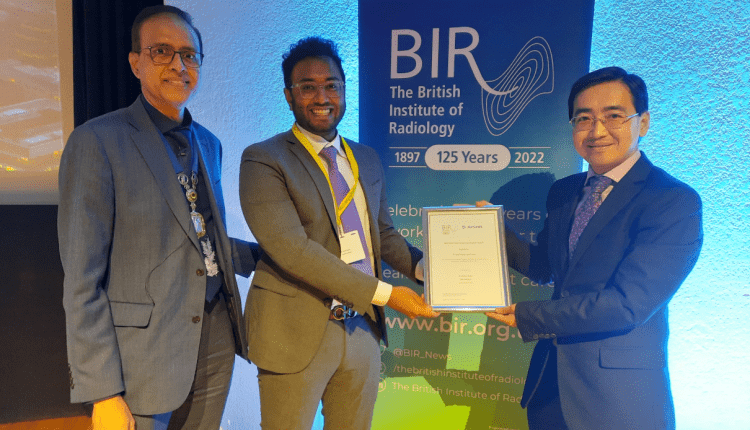 Several awards were presented at The British Institute of Radiology’s annual congress last September. Among them was the BJR/Jusha Early Career Investigator Award. This was presented to Dr Wali Bader and team from Rosalind Franklin University of Medicine and Science, North Chicago, for the paper ‘Safety and efficacy of repeat Y90 radioembolisation to the same hepatic arterial territory’. It was presented by BIR past president Dr Sri Redla and Jusha chief representative UK region Dr Ben Wang at the event in London.

This award, sponsored by Jusha, is given annually to a British Journal of Radiology author, within five years of appointment to a senior post, for the best original research paper published in BJR that year.

See the full report on page 26 of the January 2023 issue of RAD Magazine.