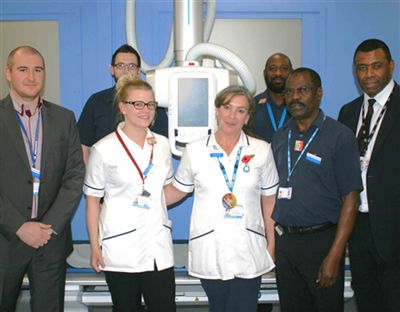 X-ray rooms E and F presented a challenge as they are much smaller than conventional rooms.  The flexibility of the GC80 allowed for the installation of a fully operational system without compromise to automation while providing improved productivity and diagnostic confidence.  Radiology service manager Darren Hobbs commented that the choice of the Samsung XGEO was easy after it had been seen in operation at Northwick Park Hospital.

See the full report on page 38 of the June 2015 issue of RAD Magazine.