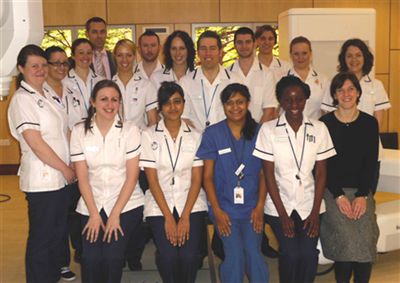 The London Clinic is the largest independently-owned hospital in the UK and, in December 2009, opened its pioneering and purpose-built £80 million cancer centre, combining cutting-edge technology with a comprehensive and progressive approach to cancer care, and with a management system enabling it to be a paperless facility.

The centre is built over eight floors and is the largest new build in the private sector for 30 years. Three floors are underground and house the revolutionary radiotherapy department.

The London Clinic has had an international reputation in healthcare for 78 years and has a well-established oncology and haematology service including stem cell transplants, chemotherapy and sophisticated cancer screening techniques.

Radiotherapy, however, is a new service (with over £6 million invested in major items of radiotherapy, radiosurgery and imaging equipment), so it was vital for the radiotherapy team to work closely with colleagues at The London Clinic to ensure that the new equipment was being used to its full potential from day one of the clinical opening.

The radiotherapy department has a Varian Trilogy linac, a Varian IX linac and a CyberKnife as well as its own GE CT. As part of the clinic’s extensive development programme, the department also has access to a Siemens PETCT and MRI, which are used widely for image fusion within the Eclipse and Multiplan planning systems.

See the full report on page 8 of the April 2010 issue of RAD Magazine.

Addenbrooke’s celebrates the role of patients in improving radiotherapy services