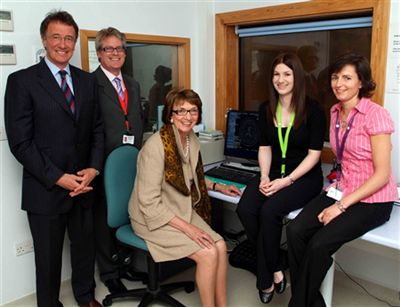 When British radiology luminary Professor Dame Janet Husband declared open a new MR suite at Maidstone Hospital, Kent, she was supported by committee members of the League of Friends who broke all their previous records with a donation of more than £140,000 to finance advanced software for the new system.

Said hospital spokesman Paul Bryden: “We were delighted when Dame Janet accepted our invitation to open the suite as she has a long and distinguished association with the technology.”

Radiology general manager Lyn McKay, commented: “The staff are delighted with the first week’s imaging and are looking at refining their working practices, using this advanced technology, which has opened up new and innovative ways of working.”

See the full report on page 36 in the July 2009 issue of RAD Magazine.