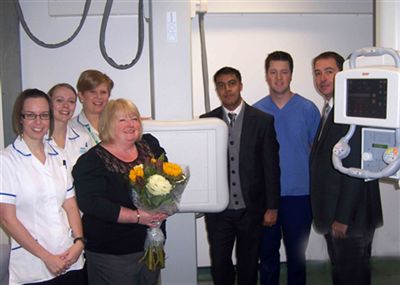 The first two of six Carestream DRX- Evolution systems are now in operation at the new Aneurin Bevan Hospital in Ebbw Vale in South Wales.

They include fully integrated wall stands with floor mounted rail systems and four-way float elevating tables to provide the positioning flexibility of a cassette-sized detector with the rapid workflow of a fully-automated DR suite.

See the full report on page 11 of the February 2011 issue of RAD Magazine.