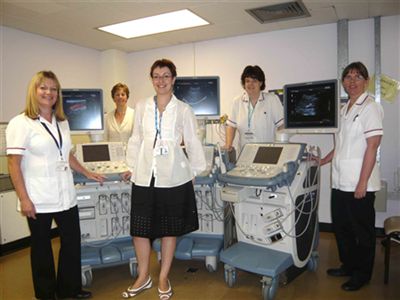 Hinchingbrooke Hospital at Huntingdon in Cambridgeshire has purchased two Aplio XG and one Xario system for a treatment centre that first opened its doors to patients in 2005.

In addition, the main radiology department at the hospital has purchased two more Aplio XG’s.   The Xario has been acquired specifically to support the centre’s busy gynaecology clinics.

The purchase was influenced by the availability of Precision Imaging, Toshiba’s latest upgrade for the Aplio XG.

Precision Imaging is a multi-resolution signal processing technique that analyses ultrasound images on the fly’ at various orders of spatial resolution and separates out structures from noise and clutter.

See the full report on page 26 of the February 2010 issue of RAD Magazine.