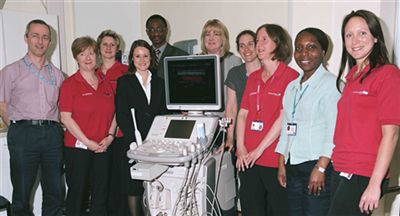 One maternity and one general purpose scanner will be used by Clacton Hospital, with the remaining three at Colchester General Hospital.

The maternity scanner at Colchester, which comes with 3D/4D imaging, will not be used on a routine basis, but during specialist consultant-led sessions when an abnormality is suspected.

The MX was launched last November to provide a compact system with premium clinical performances and high-end features at an affordable price.

See the full report on page 30 of the October 2010 issue of RAD Magazine.