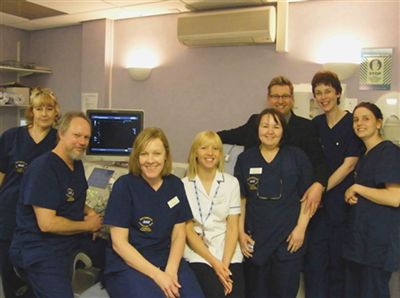 General manager of clinical radiology John Beeston commented: “The whole department is delighted with the new systems as we no longer have to struggle with aging equipment.”

In addition, Toshiba has installed an Aplio XG system in the Green Oaks Maternity Unit at the hospital.

See this report on page 29 of the September 2010 issue of RAD Magazine.