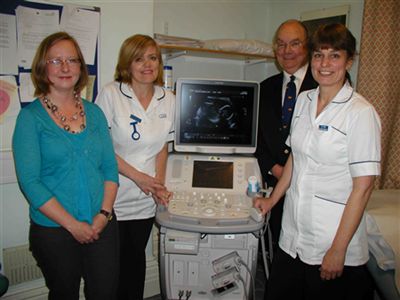 The League of Friends at Stroud Hospital has purchased a Toshiba Aplio MX ultrasound system to replace existing equipment in the ultrasound department.  The system was presented in memory of Janet Wheeler, a former radiographer and organiser of the Friends outpatient refreshment service, whose bequest to the League of Friends made the purchase possible.  Superintendent radiographer Sue Ward said: “The sonographers in our department are extremely happy with the system; it combines high quality imaging of obstetric and non-obstetric patients with a user-friendly interface and is backed up by Toshiba’s excellent after-sales service.”

See the full report on page 28 of the January 2012 issue of RAD Magazine.