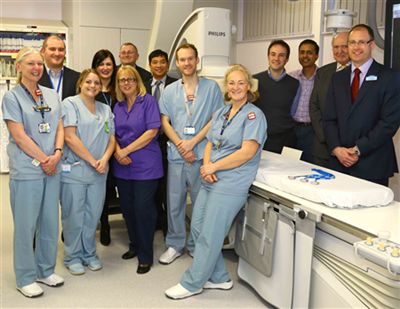 As part of a major refurbishment, the radiology department at Princess Alexandra Hospital in Harlow has acquired a Philips Allura FD20 vascular imaging system.

Radiology services manager Darren Hobbs said: “Our new vascular system is state-of-the-art and the most modern equipment of its type available today.  It has allowed us to venture into new vascular procedures that were not possible before.

“Its ability to produce CT slice-like images during a complex biopsy frees up the CT scanner as more procedures can be carried out in our interventional suite.”

See the full report on page 21 of the August 2013 issue of RAD Magazine.

Princess Alexandra Hospital gets ‘tube for life’ with Incisive CT