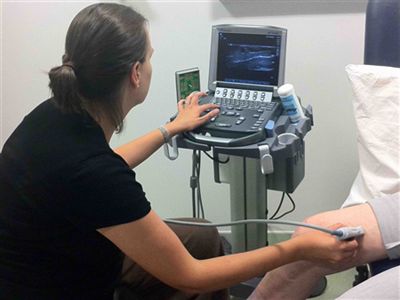 Clinical vascular scientist Corinna Gomm said: “The Vascular Centre is at Birmingham Heartlands Hospital, which has numerous SonoSite instruments, mainly MicroMaxx systems.  These are used in both outpatient clinics mainly for scanning aortas, surveillance of abdominal aortic aneurysms and for assessing veins prior to treatment.  In theatre they are used for ultrasound-guided treatment such as radiofrequency ablation of varicose veins.  Outpatient clinics and treatments take place at Good Hope Hospital – where we have recently purchased an M-Turbo – and at Solihull, and the SonoSite systems have proved very capable of supporting satellite outpatient work.”

See the full report on page 10 of the March 2012 issue of RAD Magazine.