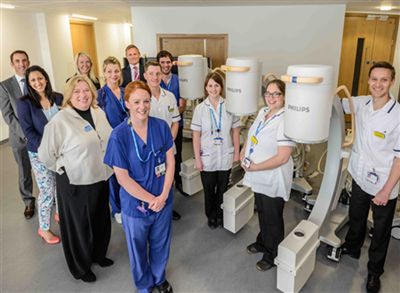 Southmead Hospital in Bristol has replaced existing C-arm systems with three BV Pulsera C-arm image intensifiers from Philips Healthcare.  Superintendent radiographer Paul Hocking explained: “Our decision to purchase the BV Pulsera was influenced by the digital subtraction angiography package on the equipment, plus its power output.  We particularly like the intuitive functionality on the systems, and the improved image quality will enhance our capabilities.”

See the full report on page 24 in the January 2016 issue of RAD Magazine.