The Christie at Oldham 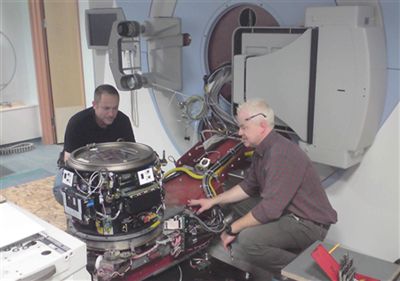 The new “Christie at Oldham” radiotherapy centre, a satellite to The Christie in Manchester, took a huge step forward recently with the arrival of the two Elekta Synergy linacs.  The installation period is reported to be progressing well with the remainder of the building moving ahead on schedule.

With the centre due to open early in the new year, more members of the MDT are being appointed. Radiographers, physicists, engineers and clinicians are currently moving into post and with the support of the project manager Phil Turner and project director Peter Williams the centre aims to be a great success, offering patients in the north west improved access to radiotherapy.

See this report on page 6 of the October 2009 issue of RAD Magazine.