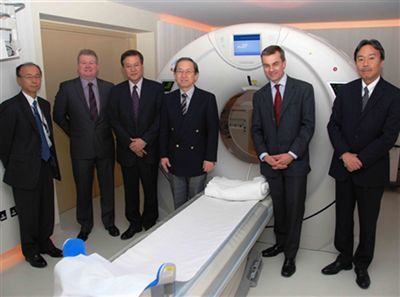 The centre is based in Harley Street, London, where many well-known people are scanned – usually confidentially  on the ESC’s Toshiba Aquilion ONE system.

The centre also conducts research on the scanner, employing a Research Fellow in partnership with Toshiba Medical Systems UK.

The Aquilion ONE is described as the world’s first dynamic volume CT system.

See this report on page 2 of the March 2011 issue of RAD Magazine.