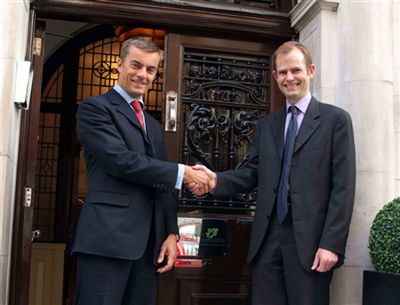 The European Scanning Centre in London’s famous Harley Street has entered into an agreement for Toshiba Medical to partially support the funding of a Research Fellow for work on, for example, myocardial perfusion.

Dr Paul Jenkins, consultant physician and medical director of the centre admitted to being “very excited” by the partnership agreement.

He commented: “The establishment of a Toshiba Research Fellow will allow us to further our aim of becoming an academic centre.”

The announcement follows the centre’s decision to install an Aquilion ONE CT scanner.

Said Dr Jenkins: “We are looking forward to developing our clinical applications with the new scanner, particularly the role of CT angiography in both cardiac and cerebral studies as well as functional perfusion studies.”

At present, the centre scans patients on a preventative screening basis for, amongst others, potential coronary vessel disease and calcification scoring, plus some cardiac functional analysis and diseases of the colon.

The Aquilion ONE will open up new areas of clinical scanning for the centre, including joint kinematics, demonstrating moving joints in real time (bone, ligaments and tendons by viewing in different window width/levels).

See the full report on the front page of the January 2010 issue of RAD Magazine.