Value for money was a factor at East Sussex 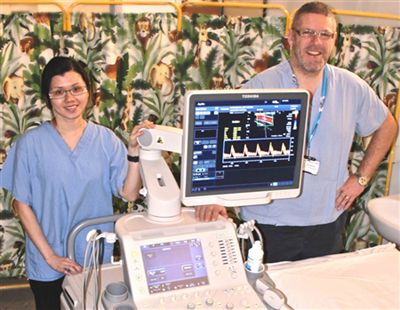 East Sussex Healthcare NHS Trust has purchased two Toshiba Aplio 500 ultrasound systems, one for use at Conquest Hospital and the second for Eastbourne DGH.

Ultrasound lead Clare Parter said: “We chose the Toshiba Aplio as a great all round package in image quality and value for money.”

Toshiba says that the Aplio 500’s high density beamformer uses the most advanced digital signal processing to control the ultrasonic beam more precisely and flexibly than any other system.

See the full report on page 41 of the October 2012 issue of RAD Magazine.