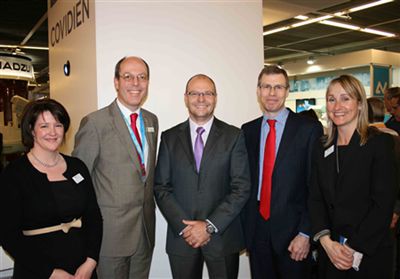 Pictured on the Covidien stand at ECR 2011 are from left Covidien’s Susy Matthews, ceo, The Society and College of Radiographers Richard Evans, Covidien’s Nico Beukman, president of the British Institute of Radiology Dr Stephen Davies and Covidien’s Kath Thomas.

The congress which opened in Vienna at the end of last week, draws to a close today.

Participants from over 100 countries attended the meeting which was held in the city’s Austria Center.