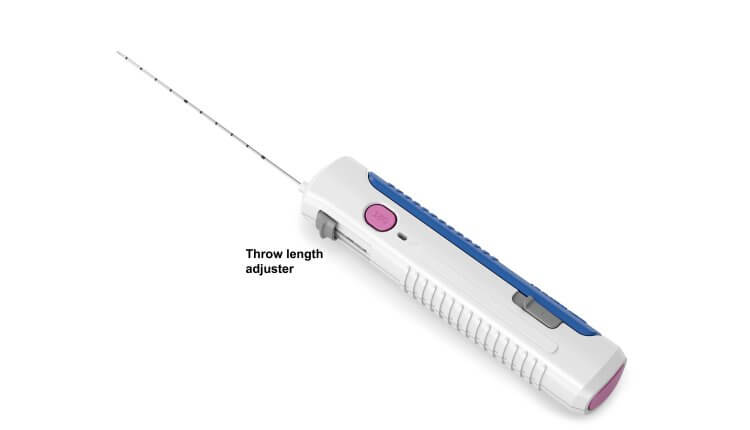 The BioPince Ultra biopsy instrument offers more tissue volume with a reduced risk of crush artefact and tissue fragmentation. According to Argon Medical (formerly Mana-Tech) the original BioPince is the choice of full-core biopsy instrument in many radiology departments across the UK. “So why isn’t it being used widely by breast radiologists? There was no front-firing option for regular ultrasound-guided breast biopsies,” states the company.

The next generation of BioPince, BioPince Ultra, is now available with improved handling and provides both front-fire and rear-fire options. It also provides the same quality specimen as the original BioPince.

Initially, the focus will be on node biopsies where BioPince Ultra can deliver a high volume sample on the shortest (13mm) throw. BioPince is regularly used to biopsy peripheral lesions with a 13mm throw. According to Argon, a recent head and neck presentation on lymphoma cases highlighted the device’s ability to provide diagnostic quality samples in nearly all cases even when targeting very small lesions.

Delivering a revolution in teleradiology