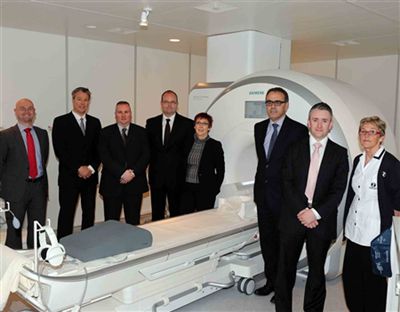 The Blackrock Clinic, Dublin, has installed a Magnetom Aera 1.5T MRI system from Siemens Healthcare, the first to be installed in Ireland.  The system is being used predominantly for cardiac examinations as part of a specialised service offered by the hospital.

Dr Rory O’Hanlon, who previously worked with Professor Dudley Pennell and Dr Sanjay Prasad at the Royal Brompton CMR Unit in London, is the clinical director of the cardiac MRI service at Blackrock Clinic.  “With the Magnetom Aera we have the capacity to acquire images of unprecedented image quality thanks to the very high imaging performance of the system,” he said.

See the full report on page 15 of the September 2012 issue of RAD Magazine.

The Lister upgrades MRI after months of preparation