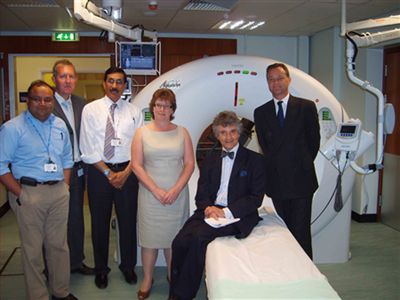 The first Toshiba Aquilion CX 128-slice CT system in the UK has been installed at the Pilgrim Hospital in Boston.  Purchased by public contributions, it was handed over to the trust at an opening attended by Mr Mark Simmonds, the local MP for Boston and Skegness and shadow Minister of Health.

The Aquilion CX 128 system is described as an ideal system both for emergency room and general radiology procedures, allowing physicians to treat patients ranging from paediatric to bariatric.  It comes with 64-detector row technology, coneXact software, and a reconstruction algorithm that, as well as generating 128 slices per rotation, also improves spatial resolution and reduces dose to best-in-class’ levels.

In addition it has a 220kg patient weight capacity and the industry’s widest couch to accommodate larger patients.

See the full report on page 22 of the December 2009 issue of RAD Magazine.