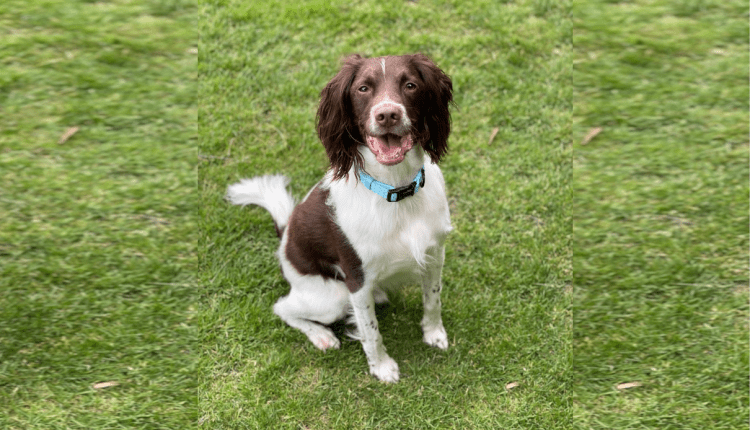 A radiologist at Davies Veterinary Specialists, Hitchin, identified two migrating grass seeds as the cause of a Springer Spaniel’s sub-lumbar abscess, through a combination of CT and ultrasound. The veterinary team performed minimally invasive ultrasound-guided retrieval of the seeds and Dexter was discharged the next day.

Dexter’s breathing had been laboured, his temperature higher than normal and he had a slight cough. A lump on the dog’s flank began to discharge purulent fluid, at which point he was referred to Davies for further investigation. A CT scan of his chest and abdomen revealed a large abscess and draining tract affecting his sub-lumbar muscles. An ultrasound examination performed by head of diagnostic imaging Andy Holdsworth identified two small foreign bodies.

“We removed two grass seeds via a small skin incision, using ultrasound guidance and a pair of crocodile forceps,” explained Holdsworth. “The scan suggested that the seeds had been inhaled and then migrated through Dexter’s lungs to the sub-lumbar muscles on the right side.

“Given that we were able to identify the grass seeds as the cause of the infection and they were in a suitable location to attempt percutaneous retrieval, we were able to consider this an as alternative option to an extensive exploratory surgery.”

Published on page 18 of the July 2022 issue of RAD Magazine.